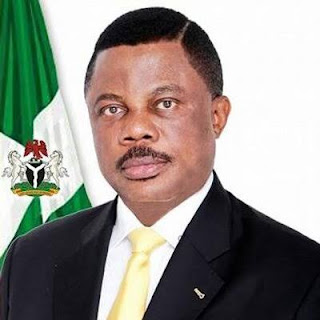 Governor Willie Obiano has said his party, the All Progressives Grand Alliance (APGA) and the people of the state, will reject the decision of the Independent National Electoral Commission (INEC) to use its facility in Owerri, the Imo State capital, for storage of non-sensitive materials meant for the November 6 governorship election in Anambra State.

INEC through its national chairman, Mahmood Yakubu, had announced that the commission would use INEC office in the Imo State capital city to organize movement of non-sensitive materials for the Anambra governorship election, citing the destruction of INEC office in Anambra as its reason.

But in a chat with newsmen in Awka, yesterday, the governor, who spoke through his Special Adviser on Political Matters, Ifeatu Obiokoye, said INEC has to reverse its decision, or face strong resistance as, according to him, the idea was put in place to rig the polls in favour of a particular political party.

“Beyond the issue of storing INEC materials meant for Anambra election in APC state, Imo, there was a letter we sent out expressing our rejection of Owerri or any other APC state involving actively in the Anambra election. What informed the letter was the rumour that some ad-hoc staff and returning officers for the Anambra election are being recruited from the Imo State University. In the next few days, all the political parties taking part in the Anambra election, except APC, will sign the communiqué, which will be forwarded to INEC. The letter will state our decision that we, as people and all the political parties, except APC, will reject any ad-hoc staff recruited from Imo State, in particular, and generally, from any APC state.

“For us, this issue of keeping the sensitive material in INEC office in Imo is totally unacceptable because, it now conforms with our earlier desire to write that we would have nothing to do with the Imo State structures, Imo personnel, and indeed, any APC state, for the purposes of election in Anambra.  There are other states closer to Anambra, including Delta and Enugu; if what they’re claiming is correct.

“It is also curious to note that for more than four months, after INEC office was destroyed in Anambra, this matter is coming to the public domain for the first time. It is mischievous; it doesn’t make sense! What we heard from INEC was that non sensitive materials were destroyed. We were never told that sensitive structure that will sustain the process of the election was ever affected by that attack. We reject it, and will also make sure that we resist it.

“Unless INEC do not intend to conduct election on the 6th of November, the people of Anambra State will reject any move to rig the election. Nobody; I mean nobody, should ever play games with Anambra State. INEC, by that announcement, do not really want to keep it at the INEC office. They actually want to operate from Governor Uzodimma’s bedroom.  They want to recruit returning officers from Imo, and also write the original result sheets in the state. So, if they succeed in operating from Imo, coming to Anambra to conduct election will be mere formality,” Obiano averred.

Get paid up to N850,000 weekly, step by step guide on how to work from home and get paid in US Dollars. Click here to apply today.