Troops bust drug syndicate in Plateau, arrest retired police sergeant, one other with 320 blocks of Indian hemp worth N9.5m 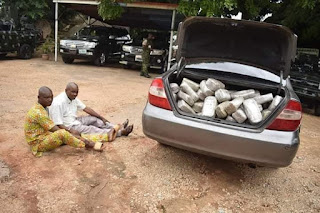 The Media Officer of the taskforce, Maj. Ishaku Takwa, who disclosed this in a statement on Saturday, September 4, said 320 blocks of Indian hemp worth 9.5 million naira were recovered from the suspects.

He said the suspects, Kalu, 60, and Friday Kalu, 40, were arrested along Manchok – Vom road on Saturday.

“The suspects Patrick Kalu, a retired police officer and Mr Friday Kalu were nabbed by the troops during a stop and search operation on Manchok-Vom road

“They told our personnel that they were contracted to convey the illicit substance from Ondo state to Yola in Adamawa State,” he added.

Other items recovered from the suspects included; a police identity card, two Nokia phones and two wallets, one containing N16,100 and the other N2,900, 40.

Takwa said that the suspects and items recovered had been handed over to the Plateau command of the National Drug Law Enforcement Agency (NDLEA) for further investigation.

The media officer further said that the Commander of task force, Maj.-Gen. Ibrahim Ali, had commended the troops for the arrest, while assuring that the military would not rest on its oars, until criminals and their collaborators were wiped of the state. 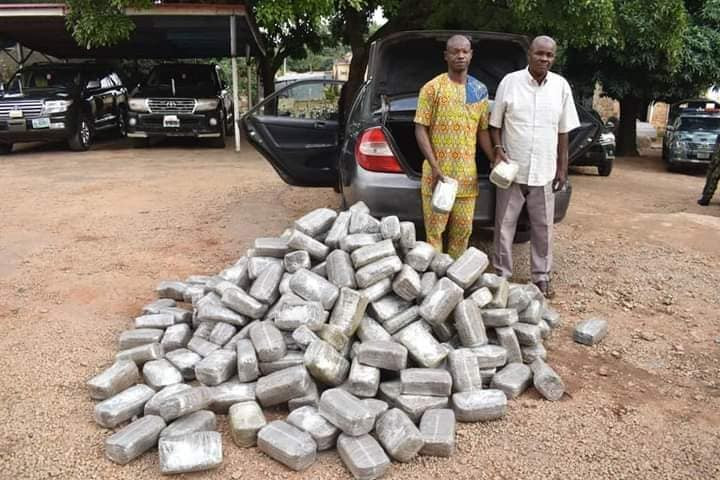 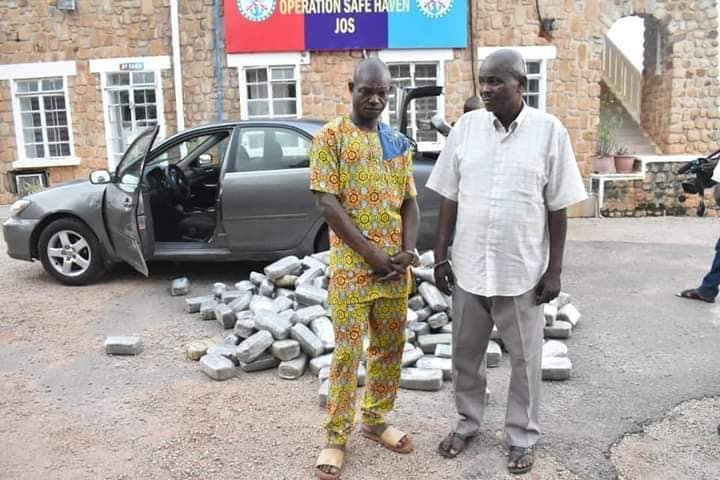 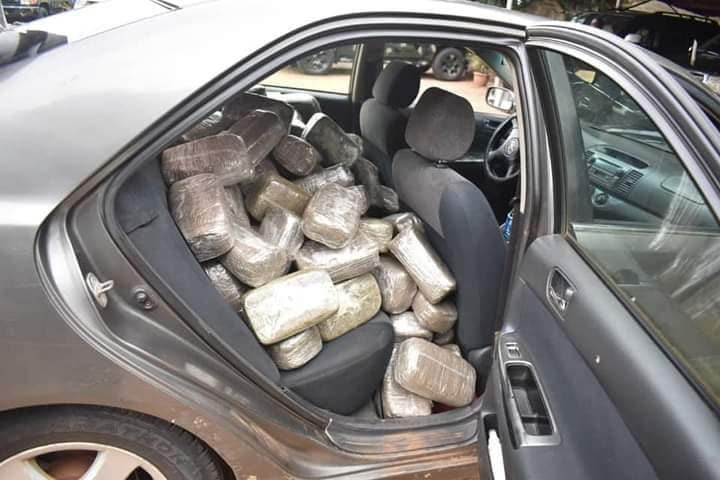 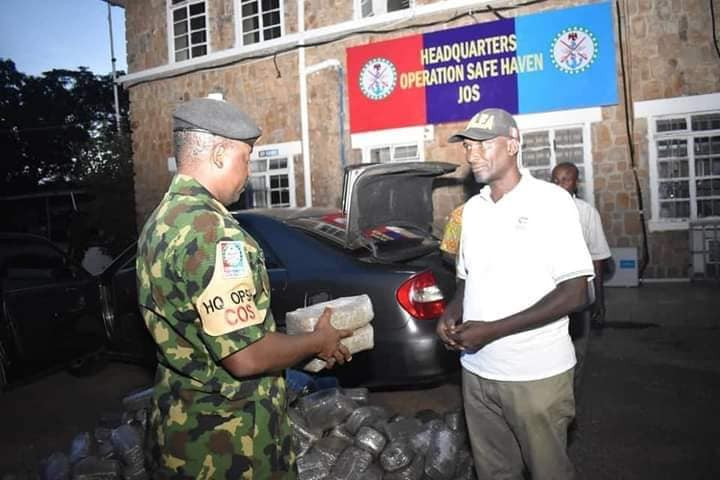 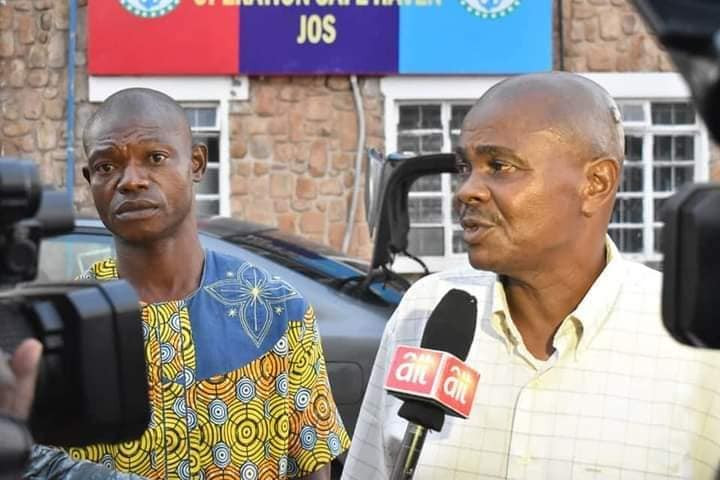